A downloadable Fantasy Console for Windows and Linux

Note from the future

This was a project I made years ago while I was still learning. It's awful. Please don't expect anything good from this project, as it is *very* limited and buggy. Thanks :)

"Well guys, we blew our entire budget on the ability to play wav and mp3 files. Now what the hell are we supposed to do?

Entry for the Fantasy Console Dev Jam 2017 hosted by @egordorichev

I will have an explanation of how to program this thing later, but for now its just this because I'm a bit tired. Sorry

You can find some example programs in data/examples/. The filesystem starts at the data directory, so put your files in there if you want to access them.

To run the flying ship example I posted on my twitter, type 'run shipgame/play.txt'. Press escape to exit.

You can access an external menu by holding right click, which has some options for clearing ram, rebooting, exiting etc. Think of this menu as either buttons on the keyboard or buttons on the monitor, this isn't actually part of the console.

There's still probably a ton of bugs, so if you encounter ANYTHING, please contact me, I would love to fix them :D.

Also this is pretty much my first fully functional project not relying on some pre-made engine. I don't know a lot about computers so don't ask me technical stuff please :D

^^^ Click here to see documentation to see how to make programs.

Make sure you keep the data and lib folder with the program, otherwise it wont work.

The Fantasy Consoles Discord server is back!

As of now, we have dedicated channels for:
(33) Fantasy Consoles
(17) Fantasy Computers
(13) Engines
and
(7) Game Creation Systems.

1Bit-Wonder is of course included.

I made this when i first found out about fantasy consoles, having absolutely know idea how they actually worked. So i probably wouldn’t recommend using this for anything, and no it’s not real assembly at all. It was my attempt at making a scripting language at the time. I’m much more aware of how they typically work now but I doubt i’d make something like this again, so don’t worry about it :)

Well, I thought that my Assembly set would be a base for your Assembly set, but I now learned that you didn't know anything about virtual consoles. Hopefully, my Virtual Console called "Antarex" which's open-source could act as a "guideline" for you to make a really good game console like something like TIC-80, PIC-8, etc. Also, you can base the memory map on a real one like the one of the NES or the Game Boy, and the latter is what I chose to base the memory map of my Virtual Console on.

Leave the poor man/woman alone, and quit with the arrogance, they were clearly just having fun making SOMETHING, rather than sitting in the comments section harping on how someone else’s code doesn’t fancy you.

The man did nothing wrong

This looks really cool (And most certainly better than my entry)! However it seems to have crashed and it told me to send you this

Thanks! I found the problem and will release a fix soon. This issue shouldn't interfere too much for now, so you should still be able to use the FC after it shows that message. 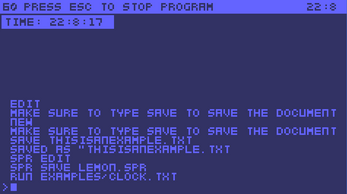 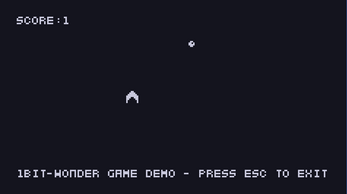 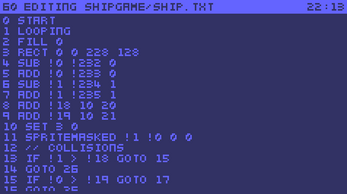